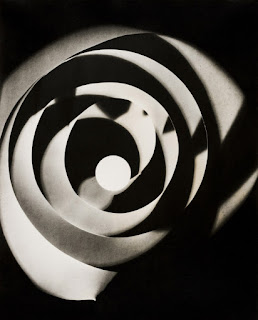 True art should be destroyed; it is the greatest expression of appreciation that the human animal can achieve.
So that my home and all its contents will be destroyed, those who have worked here will not remember this place, it shall be as if we never existed.

But my ego cannot allow this to happen without some form of memorial, cursed as I am since I gazed upon that Caravaggio as a child to walk the black corridor between this world and the angle.

I was born in Switzerland and wanted to be an artist or a musician, I was bereft of talent but did not see that as a boundary, but would limit any progression.

After an encounter with a young girl and her art collection my views changed not only of art but of life itself, to find out that everything we deem magical or religious was in fact a side effect of something called the angle, a world which is like our own occupying the same space but at a slight angle, there are doorways that lead to a black corridor and it damaged my very existence, but also gave me a chance to achieve something greater than myself.

I was given a mansion by The Curator who like me felt that the surrealist movement had sold it soul the second it created a set of rules.
Many of these artists were great painters and photographers, sculptures and writers, all these things should go against the whole concept of surrealism. If it is a Freudian like trip inside the mind to be expressed without form and order then the resulting work should be chaos not fine art or beautiful music.

I therefore decided to create a place for ordinary people to become the ultimate statement of true surrealism, no rules, no artistic training, just a desire to express themselves in any way they could.

For this to happen the way I envisioned then I must become not a teacher, artist or musician but an "architect."
For this mansion is bricks and wood and steel and glass, together they create a whole, I shall bring in people each a piece of a greater structure and in some way I shall bring each piece together and cement and nail them as one.

Having strived to become a musician and failed it struck me one that who exactly said ‘this is what in tune should sound like’, or ‘a composition should have this structure and tempo’.
Who indeed, so I started to seek out the true music rebels, those who would take the normal so called correct way and completely ignore it, regardless of what others thought of the finished product.

It was here that I learned that there were many others who seemed to hold similar views, or to some extent simply set out on their own unique paths.
I was introduced to such music forms as “Musique concrete”, “Acousmatic” and “Electroacoustic music”.
These strange, yet wonderful styles had been around since the first types of recording and performing had been around.
As far back as 1944 an Egyptian composer had utilized pre-recorded fragments, loops, and sampled sounds, altering and manipulating them through numerous different techniques, all recorded onto wire.
By 1949 electronic and synthesised music was widespread and the advances in tape recording equipment allowed many to multi track, reverse and add as much or as little as they wanted.
Within a decade Joe Meek, was utilising these techniques and creating his own additions that would revolutionise the sound of the sixties.

But I was looking for something of my own, a style of “Anti-Music”.
My early attempts were destroyed in fits of self loathing and anger.
I wandered through the rooms at the mansion, watching the people throw paint, make things, debate and with total freedom to be what they wanted.
As I walked around everybody smiled at me, spoke of their thanks and expressed a wish that if the world were like this house, alive with this natural phenomenon a perfect spark of creativity, some spoke of the power that seemed to flow through the house and they gave it the nickname of the Electric Residence.

I liked that name, it felt alive and had many interpretations, this also gave me an idea.
That night I took some recording equipment into one of the cellars and set up two microphone connected to a real to reel tape.
On one wall there was some old nails in the wall, I wrapped some copper wire around them and then connected that to an old seven and a half volt ever ready battery.
With everything set up I held down the play and record buttons to set off the recording and I left the cellar.
Following morning I retrieved the equipment took it upstairs to my studio to see what if anything had been recorded.
It was mainly hiss and static, there were a few hums which I assumed had come from the copper wire and some other strange sounds.
After a day of cutting up the tape, rerecording it on a second device at different speeds and volume levels I eventually ended up with a natural aural backing track lasting 24 minutes, this would be the structure on which I would create my first lasting piece of anti-music.

The following day I collected together as many instruments as I could find:
Cello, Double Bass, Bassoon, Tuning Forks and a Gong.
Some of the residents had their own equipment which they set up.

It was not meant as a statement of perfection, nor was it meant to be something clever for the sake of being clever type of composition; it was simply an organic process in which people chose their instrument, sat down and just started to play.
We passed around alcohol, others smoked and then as the evening progressed people started making sounds and there was much laughter.
At that point I set off the recording equipment.