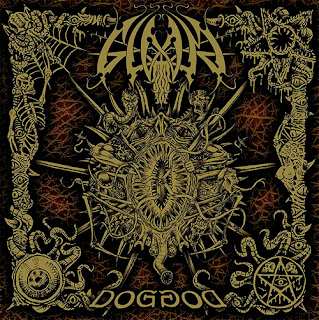 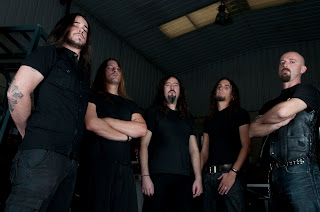 Gloom was formed in 2002 in Madrid, when several friends who had played in different local bands decided to join together to set up a death metal band,with the only intention of having fun playing the music they most liked.
After about five years playing in some nightclubs in the area, to get a demo and multiple changes in the formation, the band broke up for a little over a year, until the three remaining members of the original (Bruto, Maiki and Fer) met Ayuso, drummer of Unsouled, and decided to resurrect the group.
In 2008 they begin to rehearse and look for a bassit, until James Surt, bassist of Wolfencross and Omission, joins the band, with whom they self released their first CD “Mater Tenebrarum” in 2010, which had very good reviews.
Eventually J. Surt and Bruto left the band for various reasons and were replaced by Manu on bass, and R.Necroseheiim, singer of The Art of Blasphemy and ex-Cryfemal on vocals and keyboards. 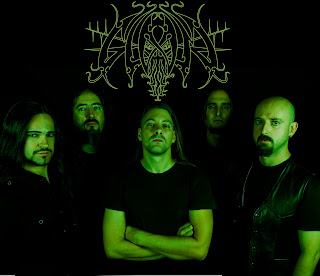 Well its typical death metal, it may have keyboards but i cant tell them apart from any other instrument.
This is full on brutal in your face stuff, screaming vocals, powerful bass lines, held together by super fast drumming. Add to this a major riff fest and you have ten slabs of the heavy stuff.