N.A.M.B
Local boys from Hull, 'Not Another Metal Band' open tonights gig with a short but furious set of catchy post hardcore/screamo, nothing to fault musically (if thats your favoured style of music of course).
The band need to tighten up with their stage presence and the backing vocals need to be delivered with a bit more confidence. 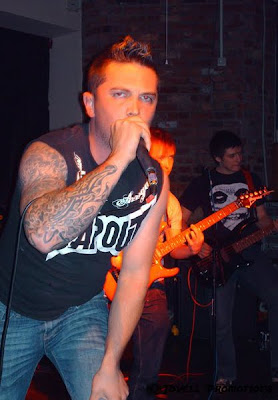 JUGGERN0RT
The first of tonights London based bands, the mighty Juggern0rt bring their devistatingly heavy music with not so much a sledgehammer effect, more of being hit by a solid steel wall at mach 10!
Unlike most bands who play this style of music, the technical ability of the musicians is second to none and vocalist James can hold his growls longer than anyone!
A very professional set, delivered with style and humor, highly entertaining and such was the response to them that they had to perform an encore.
If you are in london next month you can catch them along with Feral at the Arch Enemy after party. 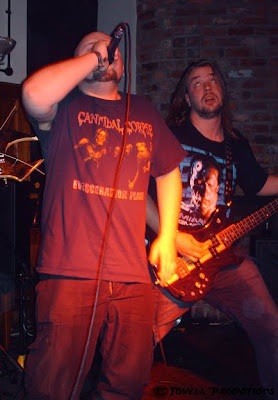 FERAL
Performing tonight as a three piece with guitarist Laurence playing bass after just one rehersal, you would think they had been gigging like this for years.
An absolute blinder of a set, the melody and progression on their take of melodic thrash metal sets them almost in a class of their own.
All three of them clearly put their heart and soul into the music which has been wowing audiences in london for 2 years and now has won them fans in the north. 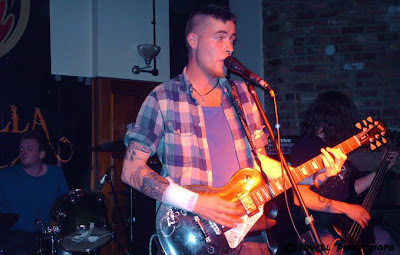 ACHILLA
The final night of their mini tour to promote their debut single 'Arashi'.
With their usual drummer away his place was taken by Neon Fly's Boris Le Gal and his performance alone was astounding and helped give the band a very heavy edge which allowed guitarist Dan to crank it up to 11 (no he really did the amp actually had 12 on it!) and bassist Costas to pound out the bottom heavy chords.
Vocalist Martamaria stalked the stage with her unique vocals and peformance.
Clearly moving away from the early symphonic/prog influence and maturing into a full on hard rock outfit, songs such as 'Arashi' , 'Devils Eyes' and 'Wild Flower' coming across like never before and getting a very positive reaction from the crowd. 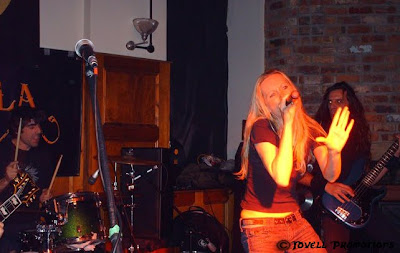 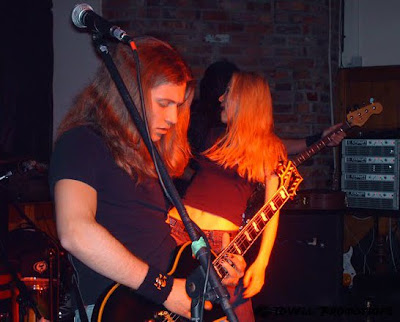 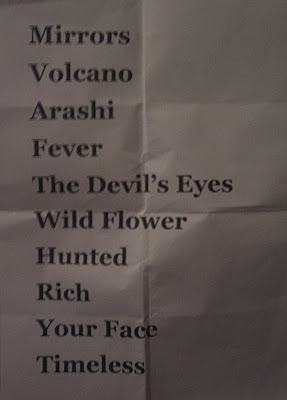