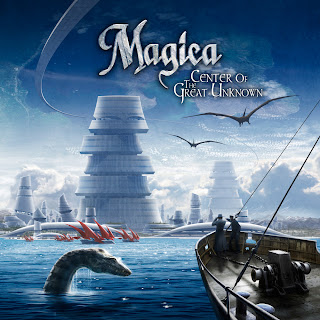 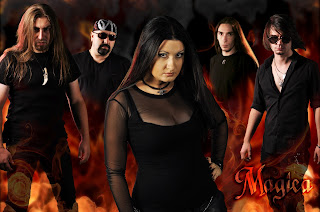 Founded in 2002 by guitarist Bodan Costea MAGICA shortly after recorded their debut album “The Scroll Of Stone”. After two months of hard work this concept album was ready to be released. Despite the lack of promotion the album got airplay on several big radio stations and also the print magazines showed huge interest in the band. Voted by readers of the “Heavy Metal Magazine” as “best newcomer of the year 2002” the band did not remain hidden from the international scene. The results were contract offers that also covered the French and South American territories, starting with “Lightseeker”, MAGICA´s second album from 2004. Then “Bittersweet Nightshade” became the band´s first video clip and the year 2006 saw them touring with After Forever and Nightmare. Several concerts with Leaves´ Eyes, Vanden Plas and Apocalyptica followed. A new video clip for the song “All Waters Have The Colour Of Drowning” has been unleashed in May 2007 and their first worldwide release “Hereafter” secured the international breakthrough for MAGICA.
Just ne and a half years later the fourth album “Wolves & Witches” received critical acclaim for being “the link between traditional teutonic Metal, female-fronted Metal and Symphonic Metal like Kamelot”. In 2010 MAGICA released “Dark Diary”, again praised by journalists and fans alike.

“The Center Of The Great Unknown” is a logical successor to MAGICA’s previous works, but even more fresh and with a better sound quality. The mixing was handled by Seeb Levermann (Orden Ogan). Tracks like “King Of The World”, “One Angry Gaia” or “No Horizon” show that MAGICA are a true constant when it comes to quality in this genre. Even more, they have developed their signature sound to a new level. And by the addition of a second guitarist (to replace the previous keyboard player), the new MAGICA is the most rocking ever

Bandleader Bogdan Coesta comments:
“The album’s concept is based on "The Diary of Admiral R. E. Byrd", "Godess of Atvatabar" by W. Bradshaw, "Beasts, Men and Gods" by F.A. Ossendowsky and a few more authors and adventurers.

So not massivley original or outstanding, basically it does the job, so if this is your kind of music then its perfect for you. 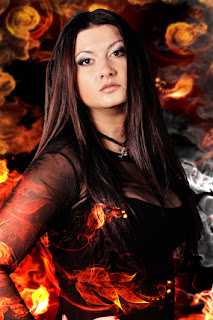