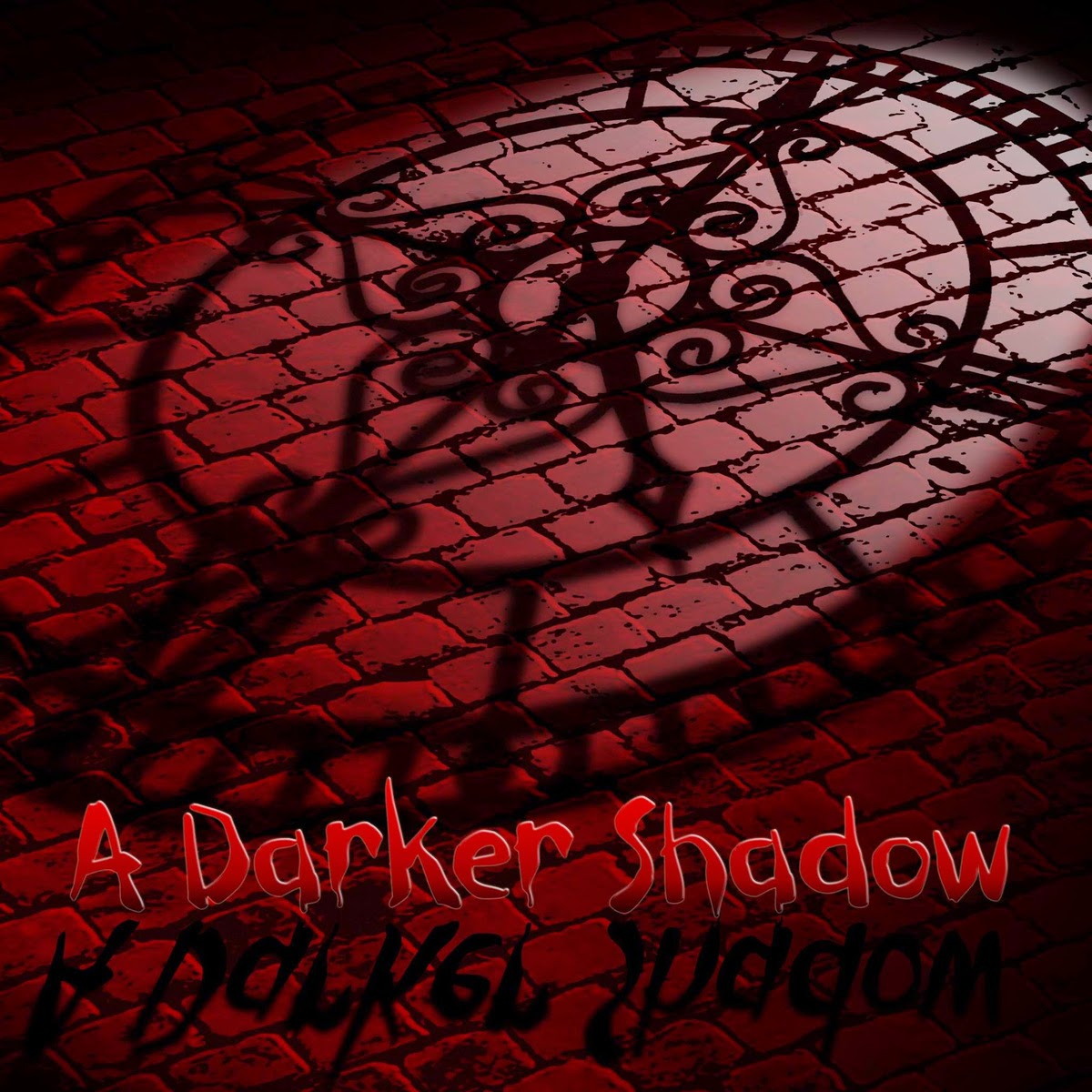 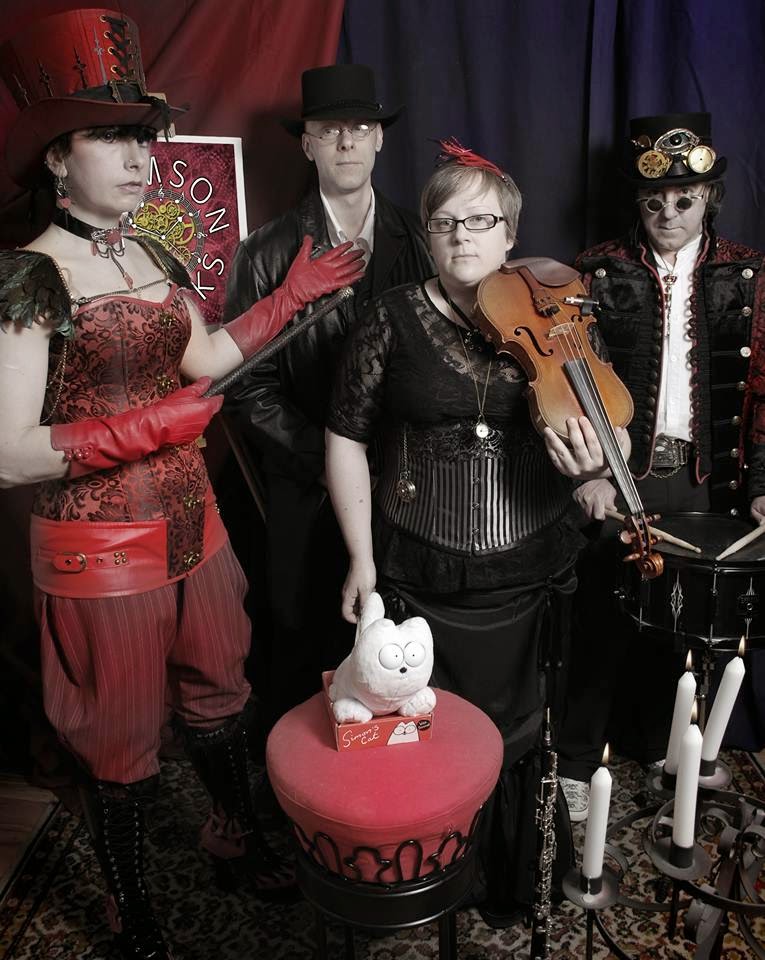 Steampunk is not a genre of music but a way of life for those involved, so when it comes to bands you never know what you are going to get, it could be Rap, Funk, Pop or Symphonic Metal but is often based on 80's Electro Pop/Goth and 70's Prog/Art rock.

Crimson Clocks were formed in Birmingham in the spring of 2012 by 'Steampunk' author linzi cooke and friends, they set out to create a sound based in rock but with everything else thrown in from Jazz to Reggae, thus creating their own self styled "Clock N Roll".
They released their debut EP late last year titled 'Ingeniously Evil'.
Live they are sometimes joined by a lead guitarist and are one of a number of bands playing at this years Alt-Fest in August and will also be playing at the Steampunk Doncaster weekend on saturday june 21st

Upon first listen to their latest EP the term 'Acid-Folk' comes to mind, the first 2 songs are the same except that the first has circus sounds added to the mix.
The music is delivered with a simple drum beat, almost undetectable bass playing and a solid performance on violin, the vocals are reminicent of Celia Humphris (The Trees) and Aletta Lohmeyer (Saturnalia).

'All Seeing Eye' has a faster pace and some excellent Oboe running throughout, however again the bass is very low in the mix.

The violin and drums once again are the focus with the music and the almost trad/folk style of lyric and vocal delivery could well have been from an old holyground album circa 1972.

Yay the first thing i hear is bass playing on 'Safe Pair Of Hands', this is a happy little tune that bounces along almost, yes im gonna say this, imagine a folkish rendition of 'Hey Big Spender' just has that vibe!

The longest track here is called 'Hel' i first heard this a few days ago on 'GASP RADIO' and the Oboe riff stuck with me all night, it was bugging me as i had heard it before a long time ago, i still cant work out where though may have been 'Astral Navigations' or one of those old albums.
This is a very dark song with a classic pagan/psych feel, if you have ever heard the original Black Widow demos from 1969 when Kay Garret was the vocalist or even something from Covens legendary debut from the same year.

The final song stays with the darker sound and theme, 'Shadow' also has the most going on music wise, some great bass playing, heavier drums and a violin riff that Pete Pavli (High Tide) would have been proud of.

So a great EP, would have liked to have heard more of the bass playing to help create a richer sound, i could see this band being picked up by Lee Dorrian at some point in the future, just need to except that not being catagorised may seem like a good idea but when your music is 'Acid-Folk' you should go with it because there is a huge audience out there who may be missing out.