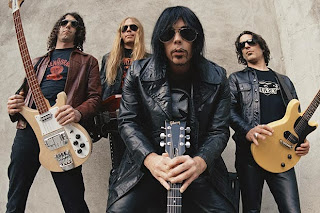 Well after all these years they still manage to produce yet another superb album, it all still sounds like Captain Beefheart fronting a jam band with Steppenwolf and Hawkwind.

The epic track 'Last Patrol' is 9 minutes of Psyched out space metal full of tape loops and synth pulses mixing with great guitarwork.

A real throwback to the 60's with a sitar laden cover of Donovan's 'Three King Fishers' and the gospel element to 'Hallelujah' reminds me of Delany & Bonnie back in 1970.

Some beautiful tabla and acoustic guitar mixed in with some orchestration for the mantra like 'The Duke Of Supernature'.

'End Of Time' returns to the space rock, a tuch of Hawkwind's Master Of The Universe lurking in there, i love it when Monster Magnet do this stuff because they are one of the few bands who seem to understand this genre and re produce it with a nod to the past whilst keeping it up to date.

Synth and acoustic guitar are all that backs 'Stay Tuned' its a dark and slow song and really keeps the mood edgy.

The last 2 songs are bonus tracks, depending on which version you get. 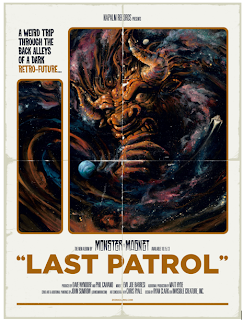