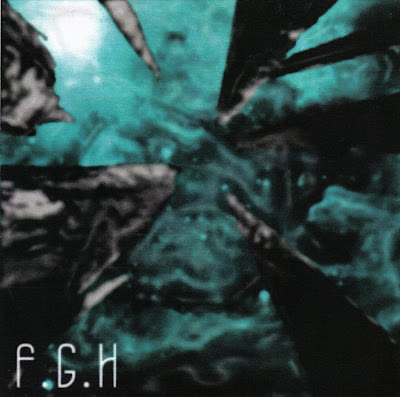 01.The Messenger
02.From A Great Height
03.The Lie Of The Land
04.Initial
05.Split Seconds
Adam Ever (Vocals/Synth)
Paul Buckingham (Bass)
Michael Alp (Guitars)
Gary Boast (Drums)
"The columns of the night advance, infectiously, their cryptic dance gathers converts to the fold - in time the whole raw world will pace these same steps"...VDGG
There will come a time when everybody will catch up with this Enfield quartet, their brand of (Neo) Prog may draw comments of "Intresting" from the curious who see them for the first time to "Amazing" for those of us who have seen them many times, but if their live performances draw such comments can their EP live up to it?
The first thing you notice about 'The Messenger' is the superb basswork, then comes Adams outstanding vocals, keyboards and finally the melody of the guitar.The song itself is moody, anthemic and has some great lyrics.
'From A Great Height' could have been off any Peter Gabriel album in the early eighties but it retains an originality of their own thanks to the guitar sound which hints at some heavy metal influence.
'The Lie Of The Land', well first off great title, the songs has an almost post punk/new romantic feel, i cant quite nail it but it could be covered by Siouxie any day.
Ahh track 4 'Initial' the moody prog masterpiece that gets me headbanging every time and shouting out "Hellbent on both sides".Its on par with any prog rock classic you can name, and i do mean ANY.
Finally 'Split Second' brings the ep to a close with all the style and production of perfection.
An absoloute genius ep that puts this kind of music back into the forefront of the "Rock" scene, this is not some retro or indie band, these guys can stand on any Heavy Metal bill just as Marillion did in their early days.
But unlike That band i believe that FGH can sustain their musical integrity and produce some great albums and tours in the future and may one day find themselves in Terrorizer magazine!
Rating 10/10
For Fans Of : IQ, 12th Night, Peter Gabriel, (early) Marillion, Pallas
STU
Labels: From Great Height Heavy Rock