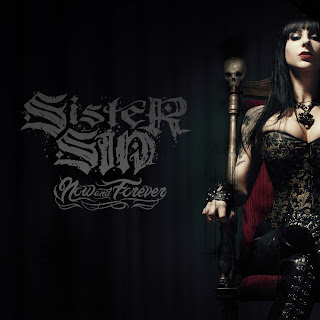 Since 2002, SISTER SIN has worked hard to ear their position at the top of the metal scene and with a third album release on the way, they are clearly here to stay. The blueprints for Sweden's dirty metal cartel SISTER SIN were traced nearly ten years ago. Former bassist, Chris Martensson and current drummer Dave Sunderberg became fast friends, recognizing their mutual interest in 80's metal and their yearning to play the music unconventional to their home country. The pair quickly formed a band of their own in hopes to assault all ears around the world.

The search for the perfect front man began and they soon discovered vocalist Liv Jagrell. Although a female part wasn't their original idea, they decided to give her a shot and Dave explains, "It turned out she could sing better and had more balls than any of the other guys who tried out for the gig." With Liv on board, there was only one link missing: a guitarist.

Without hesitation, Dave phoned an old high school friend, Jimmy Hitula, who was known as the "best extreme metal guitar player around." With Jimmy's acceptance, everything was finally in place. The group finally began to craft their sound by fusing raw punk-rock energy with the power of classic metal. With their unique sound and line-up solidified, SISTER SIN gained widespread success in Europe and soon reached out to US based label Victory Records. The foursome signed to the label in 2008 and has since been able to successfully deliver their powerful sound to the US. 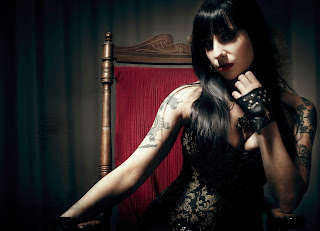 Back in 2010 i gave their album 'True Sound Of The Underground' an 8/10 it was good stuff, so now im gonna hit play and see what's changed...

Have to say the sound seems more melodic and mature, still in that classic 'Doro' vein but no way as raw as the previous albums and it has a crappy ballad called 'Morning After' which should be avoided at all costs.

Highlights include 'End Of The Line' which is full of power, screaming vocals and riffery! 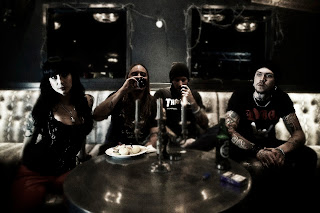 For fans Of : Warlock/Doro, Girlschool, Scorpions