Switchblade Kiss
There seems to be quite a "Buzz" about these rockers from Southampton, but their generic glam punk is nothing special, you've heard it all before and will again and again.

Love And Bullets
A return to the stage for the second time this year, having split in January, and when you see the crowd singing along you wonder why they quit, their brand of classic rock mixed with a little glam and punk retains originality.Stand out tracks were '24 Hour Bitch' and the moving,heart wrenching 'Cunt'.
As some of you may know guitarist/vocalist Lakis now plays guitar with Nemhain so it was of special intrest to some of us when Liv Boeree (Nemhains very first guitarist) came on stage armed with guitar to play a cover of the Donnas 'Take It Off'.
All in all a good solid set.

King Lizard
They say that if you want to make it in this buisness then you have to work hard and the fearsome foursome of Flash, Sky, Niro and Alice have been working very hard for 2 years now and tonight was pay day!

Quizmania host Tim comes out onto the stage and introduces the members of the band and asks if we are ready to rock (Ahh the rock cliche number 23).

A packed Underworld went silent as the lights went out and the intro tape came on,a different approach from the band,you just knew that this was going to be something a bit special.
They then hit the stage and hammered out the first six songs with absolute precision getting everybody singing along and punching the air.

Niro then did one of his best guitar solos, later joined by flash on guitar,going into the next song the band left leaving flash to sing the opening verse of 'Not For Me' without backing, quite brilliant.
After a few more songs it was time for a bass solo from Alice, no ordinary solo though this used an industrial music backing tape and effects to create a very moody piece, oh and there was a poll dancer during as well.

More songs, more singing along, and just more fun !
We also got a drum solo from sky with strobe lighting to add to the mood and then the encore of 'Johnny B Goode' erupted the venue one more time and even confetti fired everywhere.

The gig was filmed and this may one day rank alongside some other great videos that were also career defining moments like Guns 'N' Roses Live at the Ritz and Motley Crue's Live at the Starwood.
Come the new year and already armed with new recordings King Lizard are about to step up and get the recognition they have long deserved ! 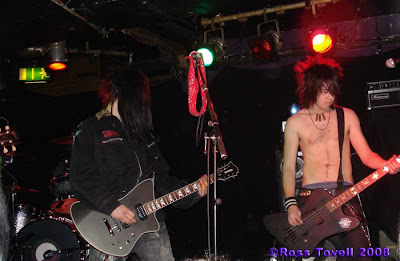 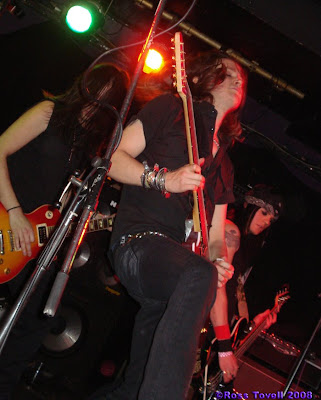 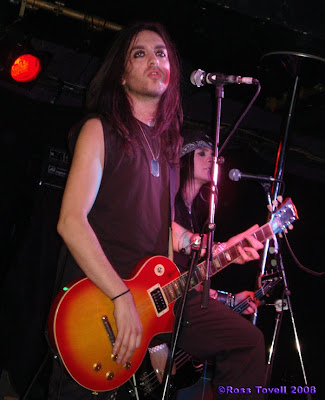 With Liv Boeree on Guitar 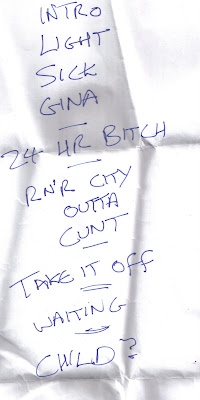 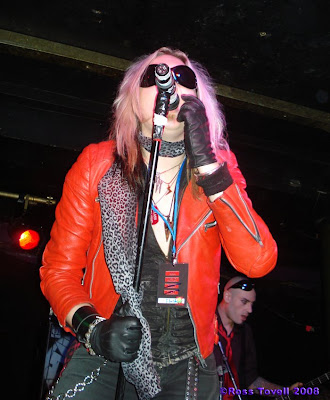 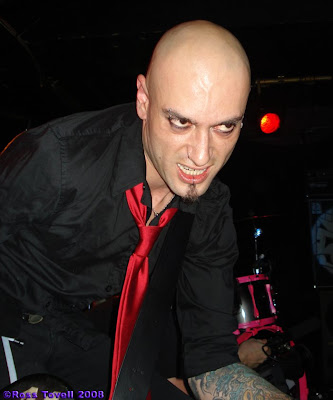 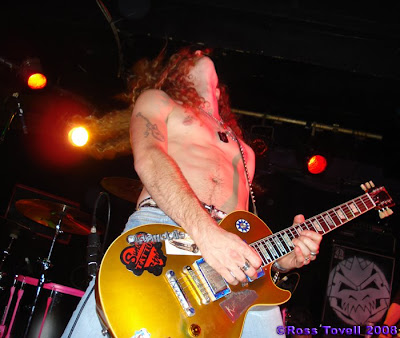 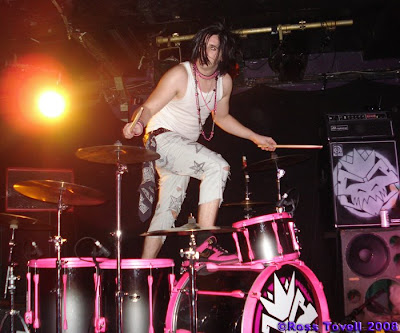 A brief clip of the jam with Flash on guitar