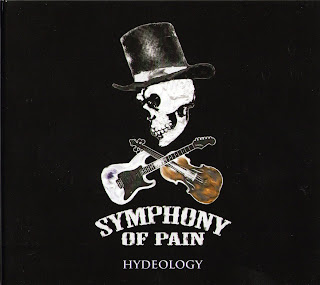 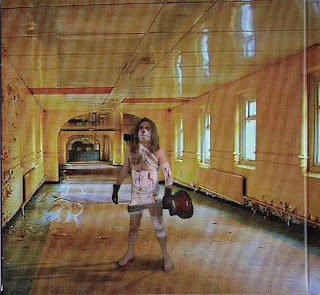 The debut album is a combination of three years work and features some guest guitar playing from Krybgrinder's Dave Dart.
Right i have listened to the album all the way through, now gonna take a break for a while then come back to it........ 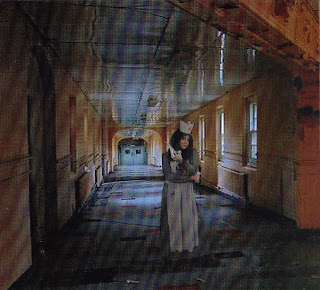 This is a weird one to review, it doesnt do what you expect it to, the promo sheet talks of Thin Lizzy and Queensryche as being influences yet neither influence shows anywhere, in fact if you had told me Hawkwind and The Cure then i would have seen that as more obvious.

For an album essentially "Gothic" it has more in common with Tristania jamming with Simon House and Tim Blake, its a very strange and intresting mix of styles, much of the music is symphonic in structure blended with "heavy metal" riffs and drums then amazing sweeping synths (think Tim Blake, Klaus Schulze) and huge violin solo's worthy of Hawkwind/David Bowie player Simon House.

The vocals seem to range from Snowy Shaw (Therion) to Jinx (Deep Switch) and sometimes almost done as narration.

Then add the quirky element like those pop/goth singles that The Cure used to do so well and all this put together gives you an idea of where this album sits.

When i said "doesnt do what you expect it to" this comes in with songs like 'Broken Clown' you would expect a nightmare circus sound, but you dont get one, other songs you expect guitars to come in and they dont, so it tends to throw you off.

The last song 'Nightmare Life' has an opening violin that is pure Hawkwind (in fact i thought it could have been the 1977 classic 'Hassan I Sahba') and i was expecting it to "kick in" and you guessed it....it didnt, well not to start with anyway.

The lyrics seem to range from nursery rhyme themes (very prevelant in 'Am I Dreaming') to dark humour and straight forward goth/horror imagery.

A very good production and layering of sounds, especially in the first few tracks which flow into each other, the later ones come over individually.
There was only one song i didnt like much, but then for my ears it was saved by that brilliant synth/violin instrumental section towards the end.

So for an album that you would simply tag as "Goth" it has much more to offer and consequently would appeal to a wider audience.

Unknown said…
Hey Stu,
just wanted to say thank you very much for the review. Much appreciated.
Best wishes
Trace
19 September 2013 at 13:35

Unknown said…
Hey Stu,
just wanted to say thank you very much for reviewing our CD. Much appreciated and I'm pleased we surprised you a bit ;-)
Best wishes
Trace
19 September 2013 at 13:36

Mr Stu said…
Thankyou for taking the time to read the review, its always nice t get feedback on what i write
stu
19 September 2013 at 16:14