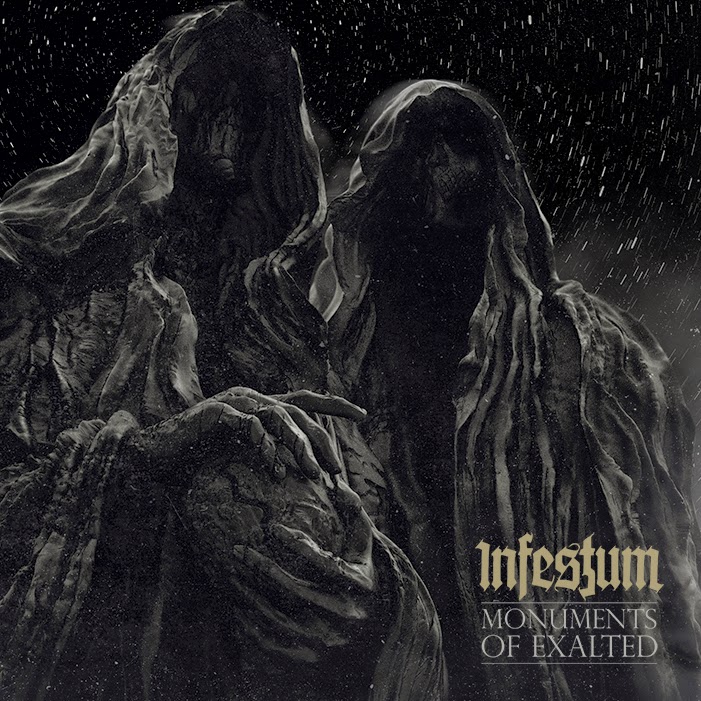 01.Void Of Nebulae
02.Ordo Infestum
03.Iron Hammer Upon The Skull Of Slave
04.Temple Of Mirrors
05.The Art Of The Beast
06.The Evil One
07.Zero Beyond
08.Obsidian Exile
09.Renaissance
10.Monuments Of Exalted 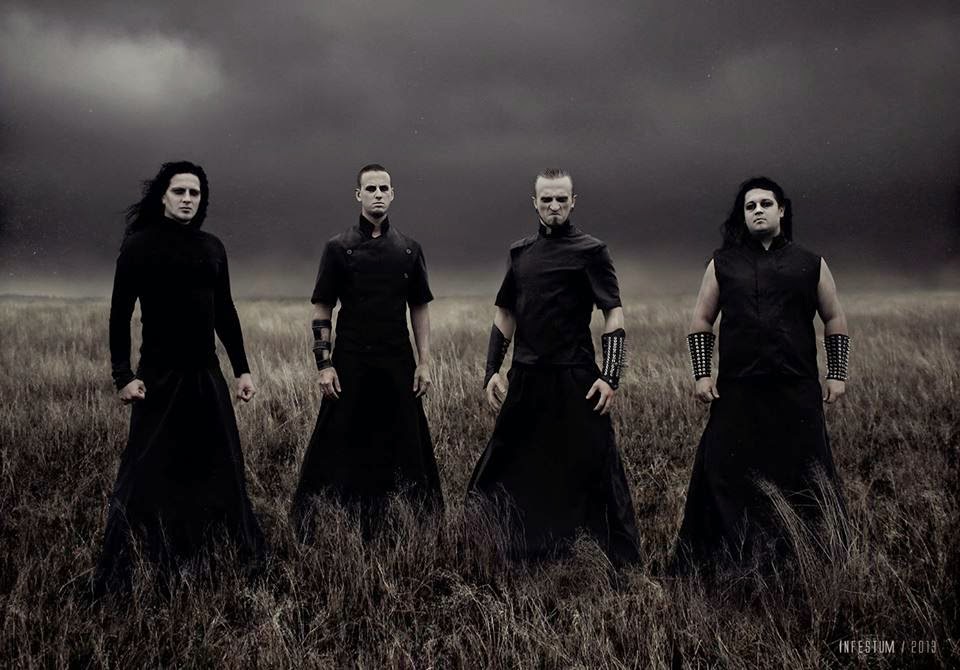 Infestum was formed in Belarus in June 2000 by Grond as drummer and Skald as guitarist. Afterwards, Ion joined on vocals and Thorngrim joined on bass. With this line-up, Infestum started to create their music in the style of Mayhem, Venom, and Bathory.

In spring 2001 they started to play concerts actively. But in October the same year, Grond got injured and was not able to play in the band anymore. He was replaced by Burglar, who played in Morbid Victory at that time.

They then recorded a full-length album, which was called "Last Day Before the Endless Night".

In 2003 they started work on a new album "Ta Natas", eventually released in 2007 just as Skald left the band.By 2009 A\Vesh and Burglar left the band.
Guitarist Wrathtodd, a friend of the band, joined and later Forneus replaced Grond.
In 2010 they released the internet single "Void of Nebulae" and later the EP "Renaissance".

Okay i was not expecting this at all!
'Void Of Nebulae' starts with a quiet synth and then blasts into some of the best industrial black metal i have heard for years, the synth sound is just fucking awesome, the whole song is driven by some stunning and powerful drumming, riffs and some deathly screams.

‘Ordo Infestum’ contains lyrics contains some excerpts from of ‘Liber Novus’ book (‘The Incantations’ Chapter) also known as ‘The Red Book’, written by Carl Gustav Jung.
Another synth start into more of the same except this one is a little slower and darker in delivery.

Again some great use of keyboards with 'Iron Hammer Upon The Skull Of Slave' then comes 'Temple Of Mirrors' a slower almost gothic metal song.
A pounding stop/start style of drums, powerchord driven and simple keyboards, another stunning track!

'The Art Of The Beast' is just a 2 minute piano instrumental, surprisingly atmospheric, the piano sound is then carried through to quite an unexpected cover version of Venom's 'Evil One', proving that Venom's agressive style can be turned into near symphonic black metal when in the hands of talented musicians.

Up next is 'Zero Beyond' with an opening spoken sample then all hell is let loose with a full on drum lead onslaught!

The pace slows with 'Obsidian Exile' a dark and brooding near doom song until the speed picks up towards the end.

With some weird synth playing comes 'Renaissance', a "Dimmu" styled song, again with some great keyboard work in the mix.

The final track is ‘Monuments of Exalted’ lyrics are drawn from ‘Thus spoke Zarathustra’ book written by Friedrich Wilhelm Nietzsche.
Another near doom delivery laden with furious double pedal work and melodic keyboards.

Now to the bonus tracks, two versions of 'Renaissance', the first one is the 'Displacer Remix' very typical of Industrial remixes full of drum machines and synth pulses, with elements of the original song still intact.
The next remix is 'Sunao Inami', more akin to the EDM style of Skrillex and quite ambient but has nothing in common with the original version at all, more glo-sticks than headbanging.