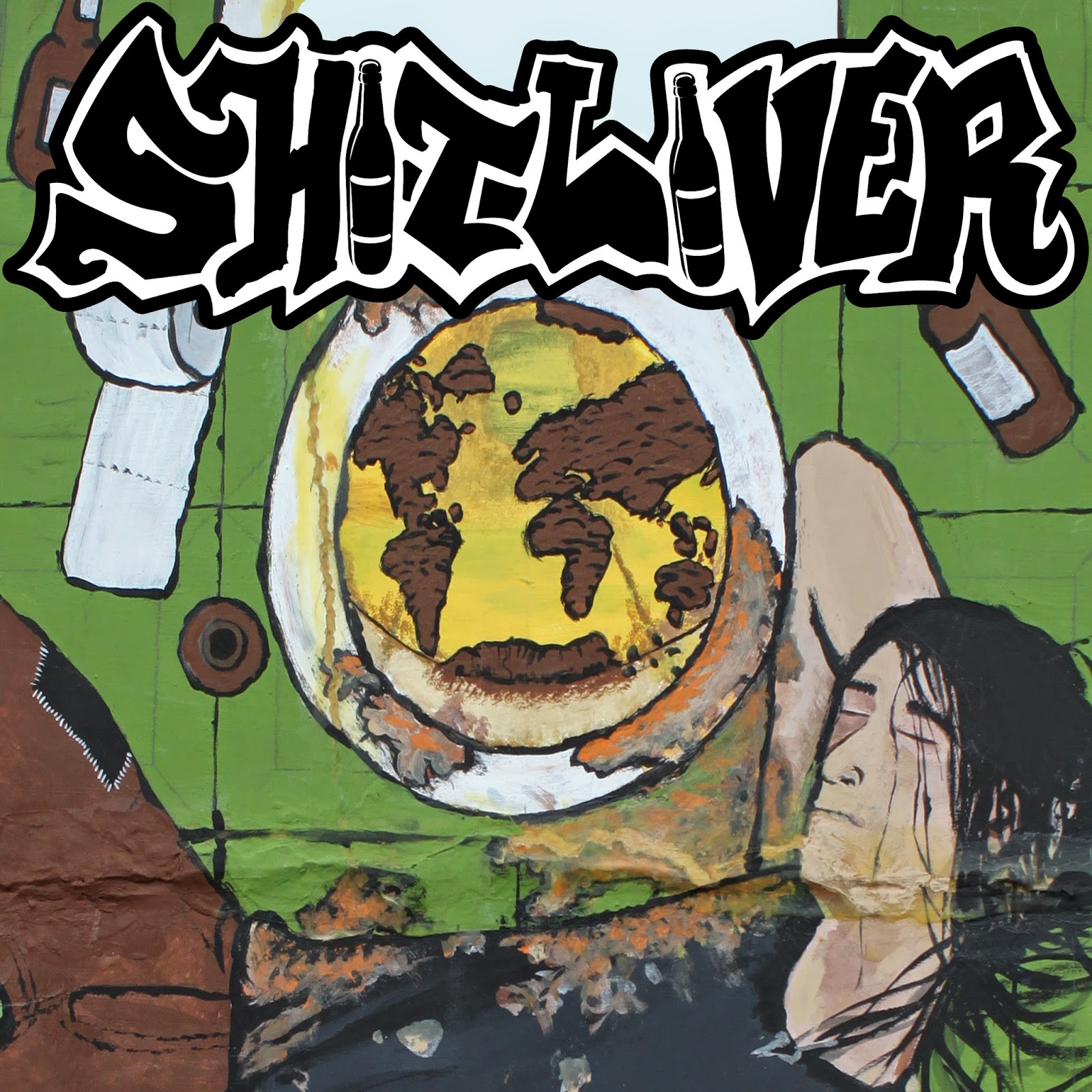 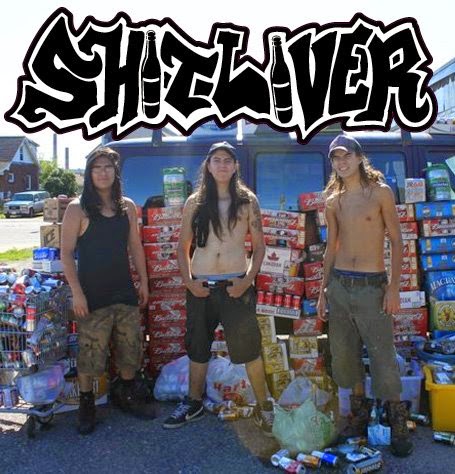 Canadian crust/grindcore band formed in 2006.
Not much in the way of info but this is from their band profile:
"Many beers ago... in a bar not too far away, a band began their journey to release their agression and hatred created by their surrounding environment unto the ears of
an audience not unlike themselves, in the form of music. Fast, Loud, Brutal music.

Playing several shows around their home town of Sault Ste. Marie and progressively honing their skills as musicians along the way they are now ready to reveal their music to a wider and unknowing audience.
With music consisting of fast paced shredding guitar riffs, Brutally intricate bass riffs, and plenty of deadly blast beats.
Lyrics consisting of drinking, the problems of society, religion, the environment, and the problem of man in general.
All through the eyes of three drunk assholes. we are Shit Liver".

Expecting yet another selection of 2 minute hyper fast blasts with grunts and screams all counted in with an opening tap of the drumsticks, i was almost right (No obvious count ins) but certainly the first 3 songs deliver.

Then comes 'Hellen Kellers' a strange almost crust/doom sound with some sort of spoken piece over it, then it turns to the blast beats and screams, cant understand a fucking word he is singing, however that never harmed Napalm Death in the old days and just like said band its about the written words not the vocal performance, you see through the screams are these words -
"Religion in general, something I despise.
Blindly following a leader who seems so divine
False messages of hope have been consumed by your mind.
Closed up when you found your fill of numerous lies.
No time for other school of thought, atheist paradigms.
The anti christ is everyone, the world is paralyzed,
By fear, reveal the glaring eyes,
Of a death machine, you dared to let it survive."

Next song that stands out is 'Its Not My Problem' first of all its nearly 5 minutes long, thats actual music not 3 minutes of silence with a quick burst at the end.
Starts out typical of the genre, then moves towards Death Metal and end up with that crust/doom style again, which i like a lot, this also returns on the final song 'Shit Will Prevail'.

There is more to this band than meets the eye and in some ways their beer and noise image doesn't do them justice, neither in some ways does the name, these guys are good at what they do and maybe if they took some time to think about what they could produce in the future they might reach a bigger audience.