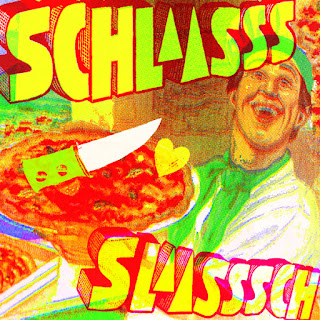 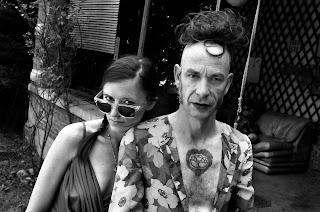 One year after having subjected its public thanks to "Tapin Volvo", an EP with tracks as wild as the catchy title, the duo from Saint-Etienne lauches its first burning album: SLAASSSCH.

Fully recorded by Schlaasss with Le Dix aux intrus, SLAASSSCH is the achievement of a process as audio as visual that comes after about sixty concerts everywhere in France. With rough lyrics and a catchy beat, the first album of Schlaasss attracts with its 14 songs out of all music category which will blow away people who take things at face value and will delight the reckless ones. A detonation mixture for a duo that can count on many great fans. It is therefore thanks to them that SLAASSSCH has been released, after a successful crowdfunding campaign. However, Schlaasss does not confine itself to express problems with music: the visual appearance is also viral. All the titles of the album will have a video clip and the stage performances will be as fractious as passionate.

Composed of Charlie Dirty Duran (aka La Bigleuse, the one who squints) and Daddy Schwartz (aka Le Grand Maigre, the tall skinny guy), Schlaasss continues to play on paradox and disrespect through a loud music that use the senseless for serious subjects.

Two micros, some fury and kisses, fluffs and blood: this is cathartic. 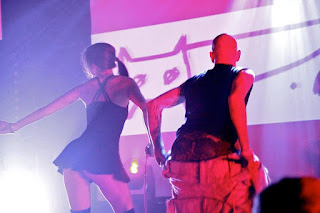 A quirky mix of electro funk, pop and electronica, delivered in a fun style, with all songs sung in French i am not sure how this would break out of their home country.

This style of electro rap has a punky element to it, much in the style of Atari Teenage Riot, While other songs are more laid back and commercial, there are Industrial elements as well, all in all making a refreshing change from the usual manifactured pop crap we get forced fed here in the UK.

Unknown said…
Fucking great opus of true underground hip-hop , I agree !!
One of the rare bands who give a sense to french RAP , far away from labels , money , stupidity , sociological slaughter...and all the shitS generally coonoted to "RAP" because of medias , the domination of commercial face...and the inept & stupid crowd .