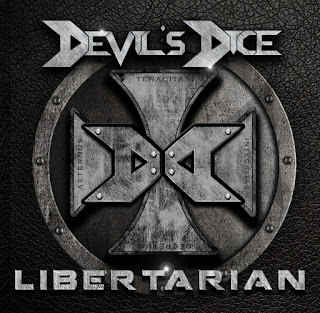 01.Feed The Flames
02.Passive Resistance
03.I Walk Alone
04.Forbidden Memory
05.Libertarian
06.Chameleon (Right About You)
07.Hour Of The Wolf
08.Destiny Calling
09.Hangin' On Too Long
10.The Grudge
11.Matter Of Faith 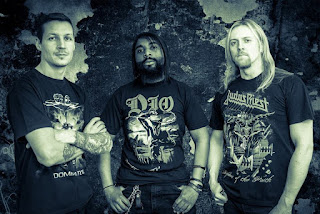 Formed in 2005 in Birmingham by David Clark and Chris Webb; many incarnations followed in the search to complete the line-up, but with many songs written and ready to go, Dave and Chris began laying down songs at Arkham Studios in 2009 on a part time basis, with Alex Cooper producing. In summer 2013 after a long and arduous search, Matt Gore came into the picture, with a voice capable of doing the music justice. Since then the band have been recording their debut album. 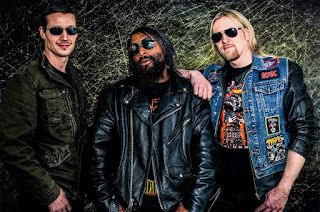 'Feed The Flames' a solid classic rock song delivered in the style of a post 1981 NWOBHM band. Solid riffs, excellent vocals and a nice guitar solo.
This comes with a "But" and that is the drum programming, yes it carries the required rhythms needed to drive the song but there is no substitute for a real drummer when it comes to rock music, the tinny sound of the hi hat and the fake snare and bass drum hits just dont sit right.

Ingnoring the drum sound and 'Passive Resistence' is another great hard rock song, this one really has pace and some more excellent riffing.

Next track to really stand out is 'Libertarian', like a late night rock radio classic, this one has mood and maidenesque riffs in abundance a perfect guitar solo just gives me more to like and then that down feeling when that drum machine becomes so obvious.

The erst of the album is the same, brilliant vocals, guitar, some nice bass playing comes through the mix as well, nothing to fault or dislike here at all just that the drum sound doesnt fit the genre, that what stops this getting a 10/10 review, so get a drummer!