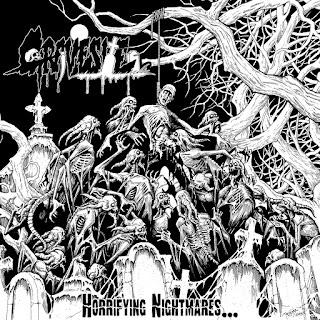 01.Anguished Sleep
02.Submerged In Vomit
03.Horrifying Nightmares Of Flesh & Blood
04.I Want To Rot
05.The Painter Of Agonies
06.Where Mortals Fear To Thread
07.Curse Of The Red Moon
08.Worship Death In All Its Forms
09.Suscipe Mortem 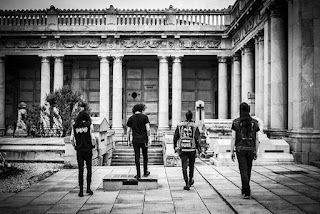 old school death metal with punk attitude from Bologna.
Gravesite is a death metal band born from the ashes of Undead Creep in 2014. Members of Haemophagus, Cancer Spreading and Bland Vargar (among others) play in this project. First 3-track demo called "Obsessed By The Macabre" has been recorded during was days in May 2014 and released on tape by Iconoclast Records in September 2014. 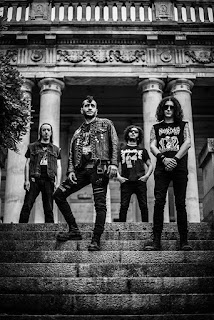 Wel i dont get the punk attitude bit that was in their biography, this is straight forward old style death metal with hints of early black metal.
A little more structure and rhythm in some of the songs than you ususally get and the last one 'Suscipe Mortem' with its hints of Doom is by far my fave here.