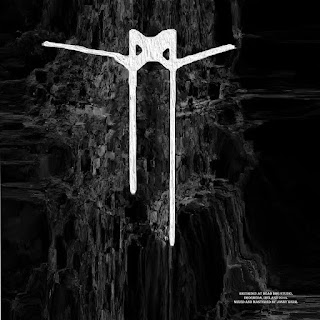 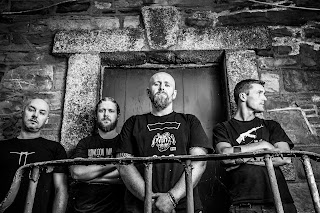 Raum Kingdom started out in late 2013 from the east coast of Ireland with Singer - Dave Lee and Guitarist - Andrew Colohan who were looking to create a soul crushing experience of sonics. It wasn't until long time friends, Bassist - Ronan Connor and Drummer - Mark Gilchrist joined the line up that this project ready to express itself. So Raum Kingdom had found the creative force and sound to start progressing.

With all members having a great passion for all genres of music, it was time to channel this into what would turn out to be Raum Kingdom's Debut Self titled – Self Released 5 track EP, Which was released in April 2014.
Raum Kingdom's heart is for turning negativity into positivity and having a blast for doing what they have a passion for. 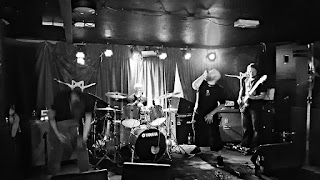 'Wounds' was not what i was expecting it's an atmospheric and interesting mix of doom/grunge and metal, loaded with pounding rhythms and gruff vocals.

Still with a doom edge but 'Barren Objects' has this dark psychedelic quality, some great bass work as well really comes through.

'Cross reference' has a very quiet start and then gets this sort of spoken word/rap style vocal, the oasional cymbal crash behind, it's a weird piece.

Another quiet start for 'These Open Arms' before launching into this riff heavy powerhouse that just crashes through the speakers with wave after wave of energy.