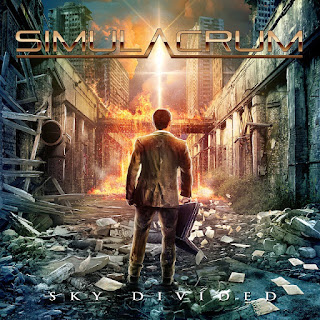 01.Timelapse
02.Behind The Belt Of Orion
03.Broken
04.Embrace The Animal Within
05.Deep In The Trenches
06.The Abomination
07.Sky Divided
08.Enter Hyperion
09.A New Beginning

Progressive metal band formed in 2000 from Finland.
Their latest album has the story and visual style of the interests of composer/keyboardist Chrism and lyricist/singer Niklas.

The band say "We have grown-up in a world of Sci-Fi literature, computer games and movies and we wanted to create a package that pays homage to these childhood influences. Mad Max, War of the Worlds, Fahrenheit 451, the Fallout game series and Alien are all titles that are concidered classics and have influenced the album's thematics." 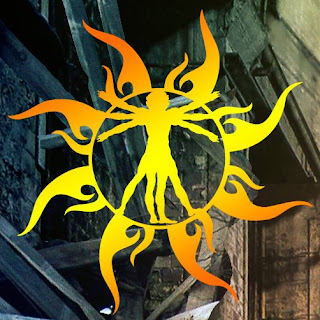 It may have a symphonic almost movie sountrack intro but 'Timelapse' builds up the agression with some soild technical drum patterns which continue into 'Behind The Belt Of Orion'. This has some superb keyboard work blended with the post industrial metal sounds of bands like Fear Factory. As this song progresses it manages to blend speed metal with neo-prog and classic power metal riffs, all this is rounded by a huge vocal presence.


Slow pounding riffs on 'Broken' create a menacing backing to a dark vocal performance.
What you dont expect, but works really well is the saxaphone that appears during the song giving this a great jazzy edge.

'Embrace The Animal Within' is pretty straight forward, except for the keyboards which remain the star once again.

Some of those thrash/speed metal moments on 'Deep In The Trenches', also some outstanding orchestration on the synth.

Up next a ten minute epic called 'The Abomination', this one has everything in it, some clever timing and mood changes. Again, sorry but it has to be said, the keyboard playing is just amazing.

This time it's the guitarwork and drumming that takes centre stage on 'Sky Divided'. Endless technical riffs, but with passion and some very heavy and agressive drumming.

'Enter Hyperion' is another full on prog monster that edges towards speed metal at times, some great effects on the production and on this one the bass playing plays havoc with the speakers.
Some great technical interaction between keyboards and drums and another soaring vocal performance.

As if all that wasn't enough we get 'A New Beginning' coming in at fourteen minutes.
Some old school keyboards that ahrken back to 1970's prog and the band match the vibe to perfection, its only the drum style that lets you know this is not 1975!