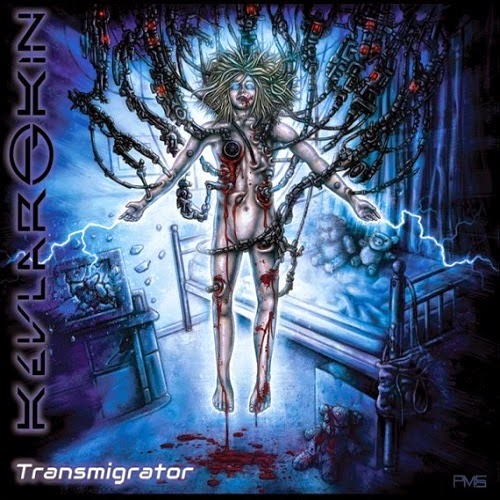 Formed in 1998 Coming from the south of Spain, Kevlar Skin have been developing their vision of extreme metal for more than a decade. Starting heavily influenced by the american Death Metal scene of the 90's, the band moved forward with every release, keeping brutality as the main core of their music while adding new elements into it. Taking steps carefully and focusing on hard work ethics, they released one demo and various EP's and split CDs throughout the years and it's not until 2008 than their first full length, "outburst", is released, collecting promising reviews in both the spanish and international underground scene.
In 2012 the band released their second full length through Godeater recs, consisting on 9 tracks of intense extreme Metal, mainly influenced by Brutal Death, but not limited only to it.

Wel was not expecting this 'Dawn Of A Nation' it's a very well excuted technical death metal workout, superfast drumming, riffs a plenty and a brutal vocal, add some intresting little timing changes and this is one helluva piece.

'Hardware' sticks out next, starting with some synth and sound sample (from some movie?) and then this crushing drum rhythm starts up.

The rest of the album is all pretty much the same a clever and well put together album.